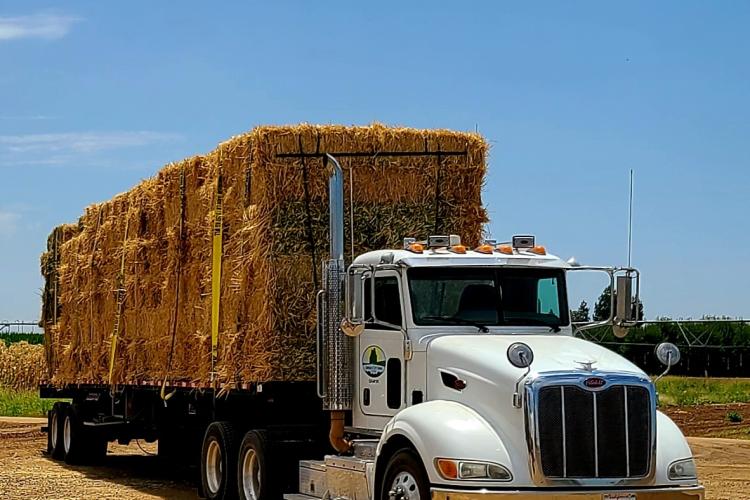 As the Oak Fire continues to rage in central California, Tessenderlo Kerley has stepped in by providing hay for livestock of residents who were evacuated from their homes.

Tessenderlo Kerley’s Crop Vitality research farm in Dinuba, California donated 13 ½ tons (504 bales) of hay for livestock displaced by the fire. Crop Vitality teamed with California Livestock Services to arrange pickup of the hay, which was delivered to Coarsegold Rodeo Grounds, where about 50 animals were relocated.

“I was always taught that if you have it, you give it,” said Ray Maestas, farm manager at the Crop Vitality Innovation & Learning Center. “We rally in times of crisis, and so when the call for help went out, I was pleased that Crop Vitality had the resources to assist in this fire relief effort.”

“There were a lot of people asking for help, and at a time when they could be losing their house and their belongings, the last thing we want them to stress about is how they’re going to feed their animals,” said Cody Baker, owner of California Livestock Services. “It was a huge thing that Ray and Tessenderlo Kerley were able to do.”

Baker said animals displaced by wildfires often remain at temporary facilities for months at a time. The amount of hay donated by Tessenderlo Kerley will feed the horses, ponies and donkeys relocated to Coarsegold for almost six months.

“Crop Vitality’s Innovation & Learning Center has always understood the importance of community, and that includes providing support in areas where it’s needed most,” said Tessenderlo Kerley Executive Vice President Russell Sides. “We are proud of Ray and his team for providing some relief to homeowners impacted by this fire.”

“Giving back to the communities that we reside in is vital to the sustainability of Tessenderlo Kerley,” Maestas said. “This is represented in our company’s core values, and I am very proud of that.”